As with any offering from automotive giant Toyota, expectations for a quality product were certainly high. Last October I had the chance to drive the new Tundra and Tacoma pickups in Collingwood, Ontario. My own expectation was for a vehicle of high quality with little passion. Let me explain before being lynched by the hardcore Taco crowd.

Way back when Toyota’s offerings were varied from passionate hobbyist, and enthusiast cars like the Supra, and Celica GT-4, to the venerable workhorse pickups that made them famous the world over. But that was 20 plus years ago. Since then Toyota’s offerings have fallen into old reliable habits like the Corolla, and Camry. Not exactly passionate. More like a fridge. Less about fiery passion and more about simple function. Just like a white Kenmore just needs to keep the milk cold and the peas frozen, the Yaris needs to start every day, and get you through gridlock. Nothing really of factory flare, blazing 0-60 times or anything remarkable. Sure the trucks continued to roll out but seemed to the uninitiated, very flare free. Just reliable.

I was delighted to snag the only manual Tacoma in the fleet on the first morning. The 2017 Tacoma on initial inspection was living up to my anticipation, quality was great but at first glance this little pickup seemed very uninteresting. It was an unassuming grey, with just a few understated power bulges, and blacked out bits. Uninteresting that is until my eyes spied under the hood. The engine itself was the normal Toyota V6 fare, and that’s not what piqued my interest. It was dual injected. That is both port injected and direct injected. As a curiosity I asked why? Had an answer by lunch time from engineering. It’s for power enrichment, improved mileage, and to counteract carbon fouling of the intake valves inherent in direct injection cars……. I started to nerd out. The engine makes respectable numbers as well with 278 HP and 265 pound feet of torques. It can achieve an Atkinson cycle, meaning when cruising can stratify a charge, meaning that it can run brutally lean while not misfiring, meaning it’s damn good on gas. Our 4 hours together was under a quarter tank for consumption. It should have been more.

The underpinnings were beautiful as well. TRD went all out with the suspension. The truck is factory with a one inch lift over standard Tacomas. The absorbers are all Fox with remote reservoirs. We tested it at length later on. It was all splendid……… until I saw the tires. They are a Goodyear off the shelf generic Wrangler picked more for road noise (or lack thereof) and less for actual off road performance. A better choice would be a dedicated mud tire like a BFG M/T, or Goodyear MTR, or at the very least an aggressive all terrain on their marketed offroad truck.

The cabin was nicely appointed with, for me the usual problem of the seats being mounted too close to the floor (I’m 6’4”). The finish was as expected for Toyota. Nothing flashy, but still well appointed. The leather is nice, there’s TRD stitching in the headrests, the seats are supportive, if not a bit firm.The shifter is nice to change gears with but not a place I would want to rest my hand for long periods of time. It’s not a recommended practice, so I’ll assume Toyota did this on purpose.

The route from the hotel to our off road test track saw us through the backroads, and overlanding trails that run between Collingwood, and Orangeville. The little Tacoma was happy and smooth on the tarmac, and sure footed on the dirt. Standard fare for a Toyota. We forded puddles and ran through respectable holes on non maintenance roads while following the route Toyota of Canada had laid out for us.

When we arrived at the test track just outside of Orangeville we had a chance to drive the Tacoma on something a “little bit” more challenging than the overlanding trails we had used to get there. We chose to Off-road first. Going through the field we cruised comfortably well over 60 km/h with the suspension sucking up the bumps. It was far more surefooted than most production trucks would be. The experience wasn’t what I had hoped yet. We followed the trail down a grade and into a wooded section. It was poorly lit with a bit of slick mud but nothing challenging. From there we found ourselves winding up a hill on a trail carved into the side of it. Once we reached the top, oh boy the top.

The terrain was slick from a recent rain as I turned the truck 90 degrees, and inched over the slick embankment to carry on down our trail. The Tacoma slid forward and pointed its nose squarely at the earth. The tailgate was nearly horizontal as it headed down the cliff into the valley below. Some poo may have come out. Not my truck.

On the other side was a climb as impressive but momentum had to be used. Without it I found the truck sliding backwards and sideways from whence it came. Once I crested from the valley floor I was informed it wasn’t that hard without the relentless rain causing the earth to become brown KY under the tires. Damn those tires.

Through the frame twister we went. The independent front and the live axle rear showing impressive amounts of twist. Again sliding like a greased pig on the relentless mud. From there onto the speed zone. The sign said 60 as we flew past it; to this day not sure it was a minimum recommended but my co-pilot assured me it was. The Tacoma left the ground over the whoops, and returned to earth with the grace of a three ton cat. The landing I’m sure was hard but the suspension sucked it up like a champ only hitting the stops once. We went round and had thirds of this section of the course.

From there we went to what was touted as the rally stage. Now I fancy myself a bit of a rally driver, although amateur and woefully unskilled. I will though still give it a go when presented with not my truck, a closed course and instructions to “do your worst”. I mashed the throttle and stepped of the clutch like there was a snake hiding under it. The Tacoma lurched forward slinging mud like bubba at the bogs. The truck handled the double stairs like it was supposed to, I headed up the foreboding hill with the side sweeper turn like I was on fire. THOSE DAMN TIRES! I lost every ounce of speed I had. The truck meandered to the top where once it regained traction I was off doing mad skids like a pro. We bounced and slid through the remainder of the course without once having to spit out a filling. I was thoroughly impressed with the offering. My co-pilot became the commander and we put the course on repeat.

During our next excursion onto the course we loaded into one of the automatic Tacomas as a course side attraction. They demonstrated to us “CRAWL CONTROL” ooh aah. What it is on a technical level is the car’s ABS and traction control has been afforded the ability to control throttle and individual wheel speed to make you look like a rock crawling god. And yeah. It works. We started down a cliff, and no it was indeed a cliff that overlooked a 50 foot pine. Again I had to check my bum didn’t take a bite of the driver seat, as all I did was steer in the general direction I wanted to go. The computers did the rest. The Taco descended the cliff like I was pulling into a parking space at my local auto parts store, with just a little noise from the ABS unit applying individual brakes.
The Tundra is an automatic half ton with a 5.7 litre I force engine kicking out just a scant 381 horsepower. Yeah just 19 shy of 400. It’s um….. quick. From the start line we bounded across the field in record time knowing what lay ahead. The Bilstein remote reservoir shocks sucking up the imperfections in the field like nothing else. The driver’s seat was secure and comfortable, mounted rewardingly off the floor, and power adjusted in every way. It held me safely as my passenger looked on in abject horror as we bounded through the field.

Down through the woods, the Tundra showing her girth. Up the switchbacks and over the first cliff. The skid plates landed with a satisfying thump. Up the slick hill letting the ponies ring out, and onto the frame twister. The big truck twisted and slid, traction was poor again due to a clearly on road tire choice, but the wheel spin could clear the tread.

The high speed section was fast, as the behemoth took to the air over the first ridge. It landed with a heavy thump. Controlled but we found bottom more than once. Around again and again then onto the rally stage. The rally stage was thrilling in the Tundra. The extra horsepower beamed through, and the mall terrain tires bled speed from the truck, but never themselves slowed down. The 4WD allowed us to slide to and fro tossing the big rig like a race car. Much to my delight and my passenger’s despair.

Back at the beginning we switched sides. I found out quickly why Mr. Miles looked like he did riding shotgun. The passenger seat isn’t power adjustable. It was like sitting on a forward tilted barn board. It was strange in this day and age of creature comfort to have just one seat in a vehicle be so utterly uninviting. It was the achilles heel in an otherwise perfect truck. We set out back to base camp in the Tundra, the wheelspacked with mud. Much to no one’s surprise it was a shaky mess at anything getting close to highway speed. We followed the instructions to get home. After the first couple of puddles on the unmaintained roads the shake was gone and we were treated to standard pickup fare. Decently quiet, smooth powerful and an excellent driver’s seat. Even on road the passenger’s seat still sucked. We were tired, and muddy; I wheel with the window open.

In conclusion they are both excellent choices for daily life, or travelling off the beaten path. While not perfect they, as Toyota’s usual, are great. If you have owned a Tacoma you know what to expect with a little more, and you have to sink your foot into an I force V8 in the mud just once.

The first thing I would do with either one is buy tires. 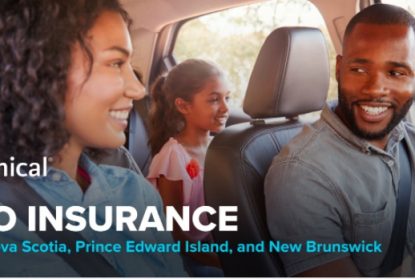 Auto Policy covering your upgraded vehicle This is something we have been looking to put together for a long time. Economical Insurance is providing us with a group policy for OF4WD members. Not only will the policy provide you with full coverage for your upgraded vehicle, but you will also get the discounted group rate … read more